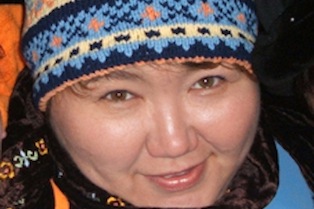 Aigul is an independent expert on gender and health issues, consulting on numerous projects including: the National Strategy of Reproductive Healthcare (2006), monitoring of the National Gender Plan for 2002 -2006 and development of the new National Gender Plan for 2007-2010, the Country Gender Assessment (United Nations 2007), and preparation of the alternative report to the UN’s CEDAW Committee (for the Women Support Center 2008).

At the time of the 2002 Fellowship she was Executive Director of the Women’s Support Centre. The Centre was founded in 1996 with the aim of alleviating poverty amongst women in rural communities. It now has a larger remit of promoting human and political rights for women and working to combat sexual discrimination. The Center works with CEDAW, the Convention on Elimination of all forms of Discrimination against Women.