Andrey Kalikh is an independent journalist, anti-corruption researcher and media freedom activist. He has contributed to many media platforms and publications such as Novaya Gazeta, openDemocracy, Deutsche Welle, The Insider, and RFE/RL and has authored a number of human rights and media reports. He has also carried out field research on human rights monitoring in Belarus, Eastern Ukraine, Chechnya, Georgia, Moldova and Transnistria and Northern Cyprus. Andrey is also the co-founder and editor of the Transborder Corruption Archive.

He is participating in various civil society initiatives to support Ukraine during Russia’s military invasion. 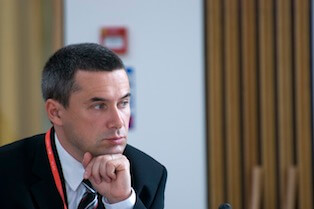