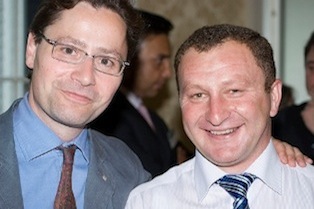 Armen is Chief of the Advisory Center of the Ministry of Agriculture in Ninotsminda Municipality.Prior to this he was Advisor to the State Minister of Georgia for Reintegration Issues in the Samtskhe-Javakhety region. His previous roles have included First Deputy Governor, State Representative’s Administration of the President of Georgia; and Programme Assistant at the European Centre for Minority Issues.

Armen was also a Member of the Board of the Javakheti Citizens’ Forum (JCF), established in 2005 by the European Centre for Minority Issues. Its objective is to assist in the integration of national minorities to Georgia, in particular the Armenian community in Armen’s region of Javakheti. Four working groups of the JCF explore issues of local self-governance, cultural-education, law and economy in order to determine the most serious problems facing the community.