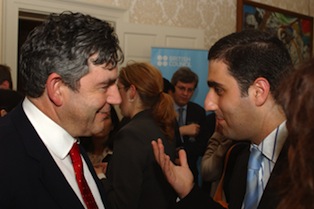 Since his resignation from the position of the Adviser to the Chief Justice of the Supreme Court of Armenia in 2008, Hayk lives and works in New York city. He has obtained his Doctorate Degree (PhD with Excellence) in Political Science from the University of Paris, France (Sorbonne) in 2012. His expertise lies mostly in former Soviet States and the Middle East.

At the time of the 2004 Fellowship Hayk was the host and the author of ArmNews TV’s “Comment” programme (Armenia & World via satellite broadcast), which was the flagship political interview show of the then Armenian sister network of EuroNews TV.