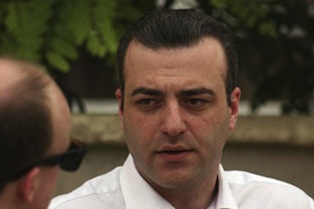 Irakli was Director of Governance Program at International Republican Institute in 2008, was a Member of the Georgian Parliament from 1999-2004, and from 2001-2003 was Chairman of the Parliamentary Faction “Alliance for New Georgia.” His other past positions have included: Deputy Chairman of the Citizen’s Union of Georgia; and Director of the Center for Strategic Research and Political Development, NGO. At the time of the 1996 Fellowship he was Chairman, International Development, “Citizens’ Union of Georgia” parliamentary party.