Head of the Legal Department for the Republican Party of Georgia 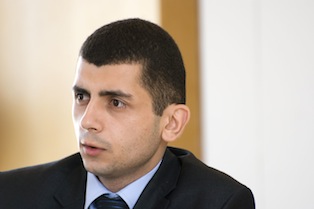 He has worked as an Assistant to an MP of the Georgian Parliament and is a graduate of the Faculty of Law of the Grigol Robakidze University – Alma Mater. He has completed courses on civil, constitutional and administration law at the Georgian Young Lawyers Association.

Currently Irakli is candidate of Democratic Government and Rule of Law LL.M. in Ohio Northern University, United States of America.