Masters in Public Policy at the University of Oxford, Blavatnik School of Government 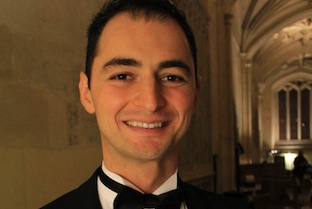 Irakli is currently studying for a Masters in Public Policy at the University of Oxford, Blavatnik School of Government. During last 4 years he served as a Director of Civil Service Bureau in Georgia. Under Irakli’s leadership CSB was in charge of bringing more transparency and accountability within the governmental departments by using modern tools and methodologies such as e-Governance. CSB has 3 main mandates: 1) to reform Georgian civil service; 2) implement Financial Disclosure System – a rigid corruption-preventive mechanism; and 3) Streamline common HR practices across governmental departments enabling meritocratic employment in the civil service. As recognition of recent success of Financial Disclosure System, in 2013 CSB was awarded with United Nation’s prize for “combating and preventing corruption in the public service”. In 2013 Irakli also was awarded with Presidential Order of Excellence for his contribution to the Georgian Civil Service Reform.

Before chairing CSB Irakli served a Chief of Staff at the Ministry of Justice of Georgia, where he was responsible for coordination of Criminal Justice Reform working group. The core idea of the reform was to shift Georgian CJ system from soviet-style inquisitorial model towards common law/adversarial methodology with jury participation and equality of arms. In 2009 Parliament adopted a new Criminal Procedure Code, prepared by the working group, and now Georgia has jury trials and stronger due process guarantees.