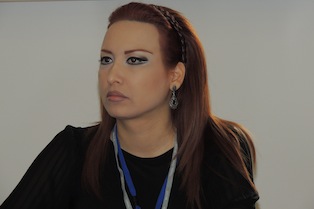 Kristina Afoyan is Head of the Division of Criminal and Administrative Cases in the Department for Relations with the European Court of Human Rights at the Ministry of Justice in Armenia. Her main responsibilities include settling disputes, delivering decisions and formulating the Armenian government’s response to decisions made by the European Court of Human Rights (ECHR). She is a trained lawyer and has been working in the Ministry of Justice since 2005, being promoted to Head of Division in 2012.

Krisina’s action plan therefore is about applying the lessons of the past to solve problems now and in the future by establishing case law and the doctrine of precedent within the Armenian judicial system. Her aim being to improve legal equality and raise trust towards the judiciary. She will offer training to Armenian judges, advocates and prosecutors on: