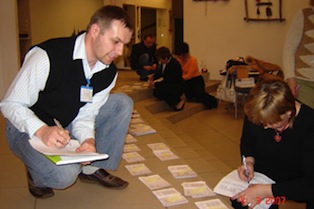 He is Chairman of the regional analytical NGO “Centre for Political Analysis and Electoral Consulting”. The Centre analyses state and regional politics and assists political parties and politicians to prepare for electoral campaigns.

At the time of the 2005 Fellowship he was political and NGO activist and assistant to a Member of Parliament of Ukraine.