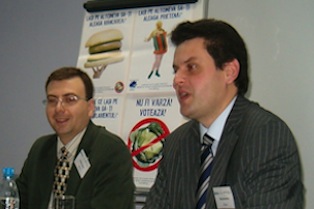 27 May 2010 – Oleg Serebrian has been appointed the Ambassador of Moldova to France. Mr Serebrian was previously an MP and Vice-President of the Democratic Party. He says he is giving up these positions “with considerable regret”, but believes his professional background will help him to advance his country’s interests in Paris. Fluent in a number of languages, he previously headed the Political Analysis Division of Moldova’s Foreign Ministry and served also for a period as its official spokesman. [Source: AllMoldova News, 27 May]