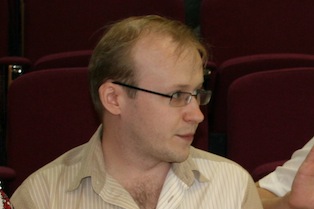 Oleksandr is currently employed by the OSCE Project Coordinator in Ukraine (PCU) – a field mission of the Organization for Security and Cooperation in Europe (OSCE). The PCU is a new form of cooperation in which the OSCE and Ukraine collaborate on the planning, implementation and monitoring of projects covering all aspects of OSCE activity. These projects involve both governmental and non-governmental organisations. Oleksandr works for the Rule of Law Unit implementing and monitoring PCU projects in the OSCE Rule of Law and Human Rights programmes. Oleksandr also provides general legal services to the PCU and the OSCE headquarters on matters related to field operations in Ukraine.

Oleksandr is currently involved in the implementation of a number of projects: consultancy support to the Parliamentary Committee for European Integration; establishment of compensatory standards for human rights violations and speedy extrajudicial remedies for mass torts attributed to the Government; development of national mechanisms to prevent the use of torture; effective response to combating and prevention of racially motivated crimes; enhancing the capacity of the national judiciary to enforce ECHR judgements. He is directly involved in the “Enhancement of Human Rights Protection and the Rule of Law in Legislative and Judicial Practice in Ukraine” Project jointly implemented by the PCU and the Parliamentary Committee for European Integration of the Parliament of Ukraine. Within this project, Oleksandr supervises the work of three legal experts reviewing draft laws concerning human rights, judicial and legal reform, refugees and asylum seekers and hate crimes prevention.