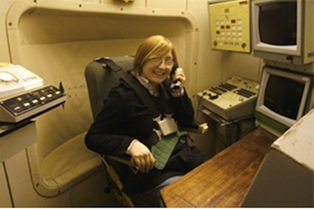 She was previously the scriptwriter and Editor-in-chief of the weekly talk-show Rozbir Poliotiv and documentary series ‘People of the World’ (including Mikheil Saakashvili, Boris Berezovsky). Olga provided overall strategic planning for the project as well as script development, general editing, interviewing and writing. Both projects were aired on INTER TV Channel.

Prior to this Olga was the First Deputy Editor-in-Chief of the PROFIL weekly news magazine, Special Correspondent/Foreign Desk Reporter for Inter TV Channel (Ukraine). At the time of the 2003 Fellowship Programme she was Special Correspondent for ‘Profi TV’ Agency and a project coordinator for the Centre for Journalist Investigation.