Head of the Legal Unit for Environment-People-Law (EPL) 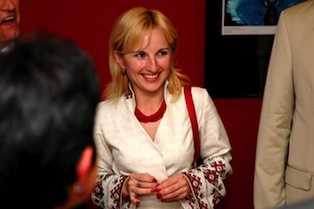 Olya is Head of the Legal Unit of the international law organization ‘Environment-People-Law’ (EPL) based in the Ukrainian city of Lviv. Olya provides legal support to individual environmental campaigners and NGOs including advice, case preparation and court representation. She drafts and advises on environmental legislation at both local and national level.

In April 2006 she was awarded the prestigious Goldman Environmental Prize for her campaign to protect the Danube Delta, one of the world’s most valuable wetlands