Director of Save the Children, Azerbaijan 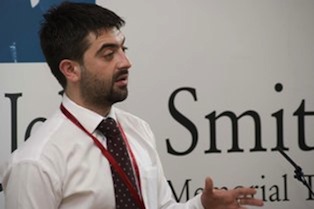 Samir is Director of Save the Children in Azerbaijan. He was appointed to this post in 2011 having previously worked as Save the Children’s Advocacy and Policy Manager. Save the Children began working in Azerbaijan in 1993 in response to the surge of refugee families displaced by conflict in the region regarding the territory of Nagorno-Karabakh. Today the organization implements various programs ranging from relief and maintenance interventions to Chechen, Iraqi and Afghan refugees to developmental programs aiming to achieve lasting changes in policy and practice, in partnership with the Government of Azerbaijan.

At the time of the 2007 Fellowship Programme, Samir was Adviser to the Ministry of Education. He worked closely with the Minister on a pilot scheme to bring about an inclusive education system which, until now, has been virtually non-existent. Children with even minor disabilities were deprived of mainstream schooling in Azerbaijan.