Owner of Berta Communications and Director of Polittech 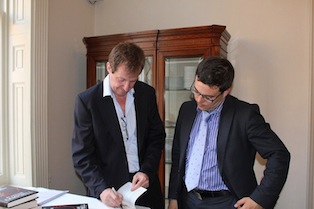 Taras is owner of Berta Communications, a strategic consulting company, and Director of Polittech, a leading Ukrainian think-tank.

In April 2005 he moved to the private consulting company Martin group PLC where until 2007 he held the position of political consulting department director. Since 2007 Taras has consulted the political bloc BYUT of the ex-Prime Minister of Ukraine Yulia Tymoshenko. He was responsible for PR during Tymoshenko’s presidential campaign in 2009-10.

He is the author of numerous publications on political advertising and consulting, and maintains blogs on Ukrainskapravda and Korrespondent (see links on the right). Taras graduated from the Institute of Journalism of Taras Shevchenko National University in Kyiv in 1997. In 2003 he graduated from the Royal College of Defence Studies (London, UK) and in 2004 received an MA in International Studies from King’s College London.

Taras hopes to use his time in the UK to learn about how to engage young educated people in the political and electoral process and how to involve them in combating election fraud. He also wants to establish a legal network to provide support to businesses and civil rights activists experiencing illegal pressure from the state.