Election and Governance Advisor for the OSCE Project Coordinator Ukraine 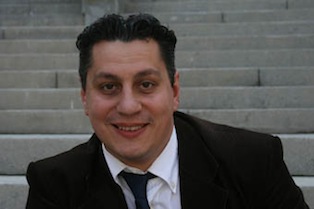 Yevgen is Elections and Governance Adviser for the OSCE Project Coordinator Ukraine. The OSCE Project Co-ordinator is the second OSCE field operation to have been established in Ukraine. It was preceded by the OSCE Mission to Ukraine, which began its work on 24 November 1994. Yevgen was previously Elections Project Officer at the office where he worked on the implementation of the project  “Assistance in Further Strengthening the Election Processes in Ukraine” which aims to assist the Ukrainian government in the development of a unified election code and the establishment of a centralized electronic voter register.

At the time of the 2007 Fellowship Programme, Yevgen was Executive Director of the Committee of Voters of Ukraine (CVU), an NGO whose mission is to raise people’s awareness of their rights and to encourage them to participate in the democratic process. As a democracy watchdog it monitors elections at home and abroad and scrutinises the activities of local and regional authorities. As Executive Director Yevgen was responsible for the strategic control of the CVU central office plus 24 regional and 150 local offices. CVU is also active in campaigning for reform of Ukraine’s election legislation and is involved in developing recommendations to the Ukrainian Parliament. It is dedicated to the provision of support for disadvantaged groups and recently co-implemented a DFID funded programme which aimed to give a voice to disabled and vulnerable people in their communities.