Serving the public and driving change in Moldova 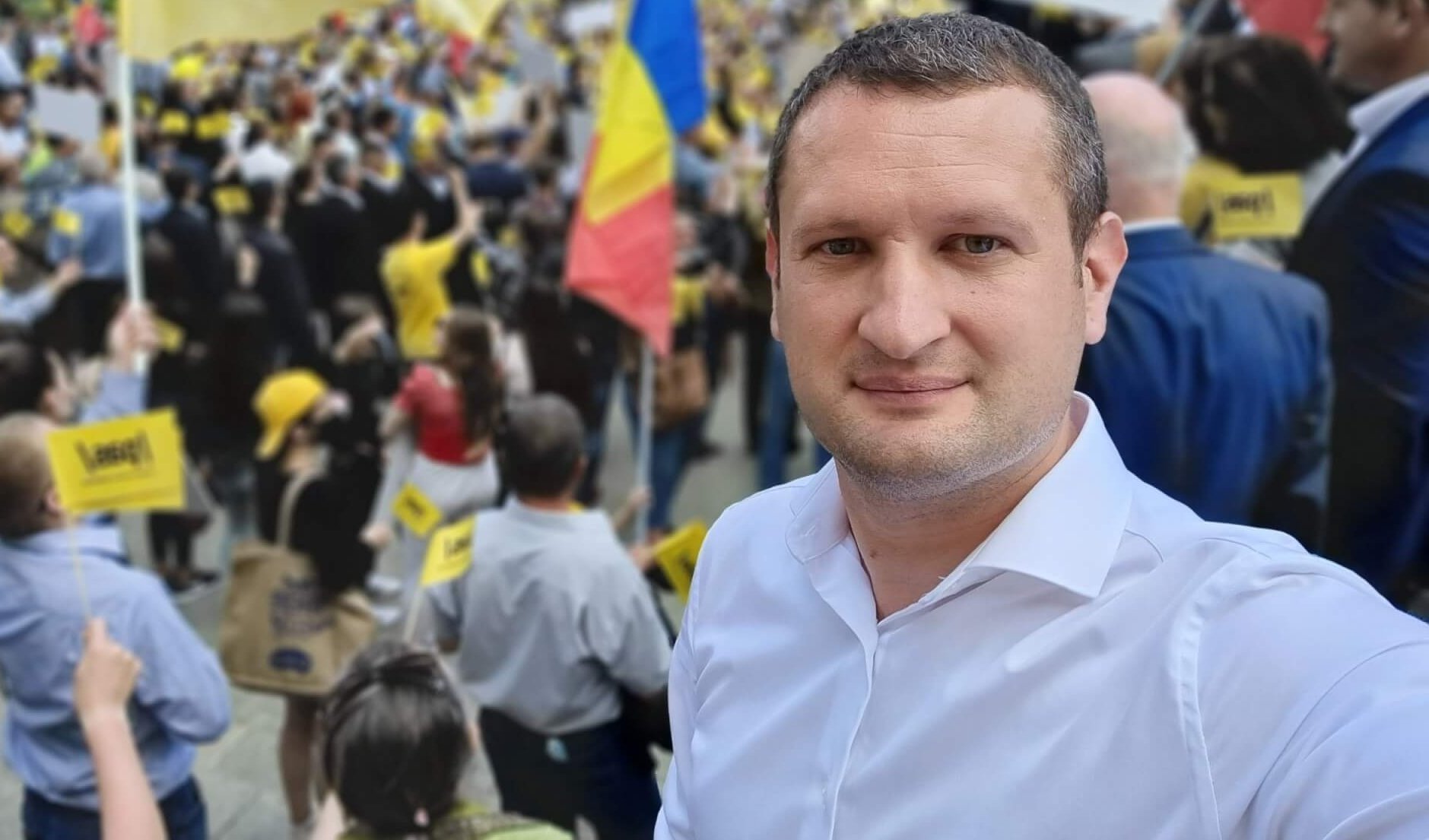 When Moldova’s main pro-European party won a resounding victory in parliamentary elections in July 2021, several young candidates were among those elected to become MPs from the Party of Action and Solidarity (PAS) founded by Maia Sandu. One of those elected was JST Fellow Andrian Cheptonar (Moldova, 2018), an entrepreneur, e-governance enthusiast, former civil servant and proud father of two from Ungheni region in western Moldova.

“It’s an honour and a big responsibility on my shoulders to represent people in my constituency and build a better future for my country,” Andrian says, “I know that my journey has only just begun and there is a lot to learn about procedures and how exactly ideas become laws, but I am ready to serve the people any way that I can.”

Andrian did not set out to make a career for himself in politics. In fact, he laughs as he remembers, “Never in my life did I think I would become a politician. Before going to the UK, I used to think politics was a dirty word! It was only during the JST Fellowship when I met MSPs and MPs who were ordinary people, former teachers and other professionals, who understood the needs of their constituents and who wanted to represent them properly that I realised that politics didn’t have to be something shameful, like it was back then in Moldova.”

When Andrian took part in the month-long John Smith Trust Fellowship Programme in the summer of 2018, he had worked as an adviser to the mayor of Ungheni, in business and public administration as well as the civil society sector. Andrian had been inspired by his work at a non-governmental centre providing a full range of advice and services needed by migrants under one roof and had started to develop the idea of a one-stop-shop for all local government services in his region. He says, “I could see the benefits of making everything much more accessible. I mean, at the municipal offices in Ungheni, we have 7 floors of offices all doing different things. Citizens know their needs, but they don’t know what door to knock on!” Andrian’s JST Action Plan therefore focused on developing a more efficient and effective local public administration in Ungheni Municipality by reforming the Citizen Information Centre, introducing an electronic documents administration system and providing training programmes for the development and improvement of communications in the public sphere. He wanted to see Ungheni citizens treated as clients deserving good service by the local authorities.

As part of his individually tailored Action Plan meeting programme in the UK, Andrian was able to see and discuss the lessons that had been learned in digital transformation of public services from different perspectives and in different locations across the UK. He spent time with the UK and Scottish Government’s Digital Services, the Carnegie Trust UK’s Digital Public Services Project heads and visited Milton Keynes, which has been pioneering smart city technology in the UK for over a decade. Andrian says, “when I got home, I talked a lot about what I had seen and heard in the UK. I planted a seed in the mind of the mayor to bring more accessible and efficient digital services to citizens in our region. That seed has now grown into a programme supported by the European Union.”

Andrian still takes an active interest in improving services for citizens, but his professional life took a different turn upon his return to Moldova. “The Fellowship Programme inspired me to get involved in politics in Moldova. I didn’t have such plans before. I switched from implementing a local plan to getting involved in supporting a political party nationally.”  When Maia Sandu and the PAS party promised the kind of future that Andrian believed his country needed, he joined the party and  threw himself into campaigning. Andrian worked alongside other party members, increasingly identifying with them and the vision they were developing for Moldova’s future. He, in turn, gained the trust and respect of the party’s inner circle and ended up on the party list in the 2021 elections.

Andrian says, “The way I see it is that there will always be a need for politicians. If good quality people don’t get involved, then the vacuum will be filled with bad people, incompetent people, even criminals. Even if you are not comfortable in the spotlight, like me, I would encourage good people to serve their country to the best of their ability.” By serving as an MP and encouraging other well-qualified young professionals to do the same, Andrian hopes to see politics change from “good people fighting against bad people into a battle between good people with different ideas.”

Andrian’s immediate goal is to gain a deep understanding of his constituents’ needs and priorities, so that he can be confident that he is representing them properly in parliament. He is combining methods he saw MPs successfully deploying in the UK with the specifics of his region’s context. Thus, the citizens of Ungheni can already speak to their MP at his weekly surgery, message him on his dedicated social media channels and soon they will find Andrian sitting in his campaign tent in the central square on market days, waiting to listen to anyone who needs his help.